When in situ (wild management) programs are insufficient to safeguard against a species becoming extinct, one of the last-ditch efforts humans may try is to create assurance colonies and repatriation programs. 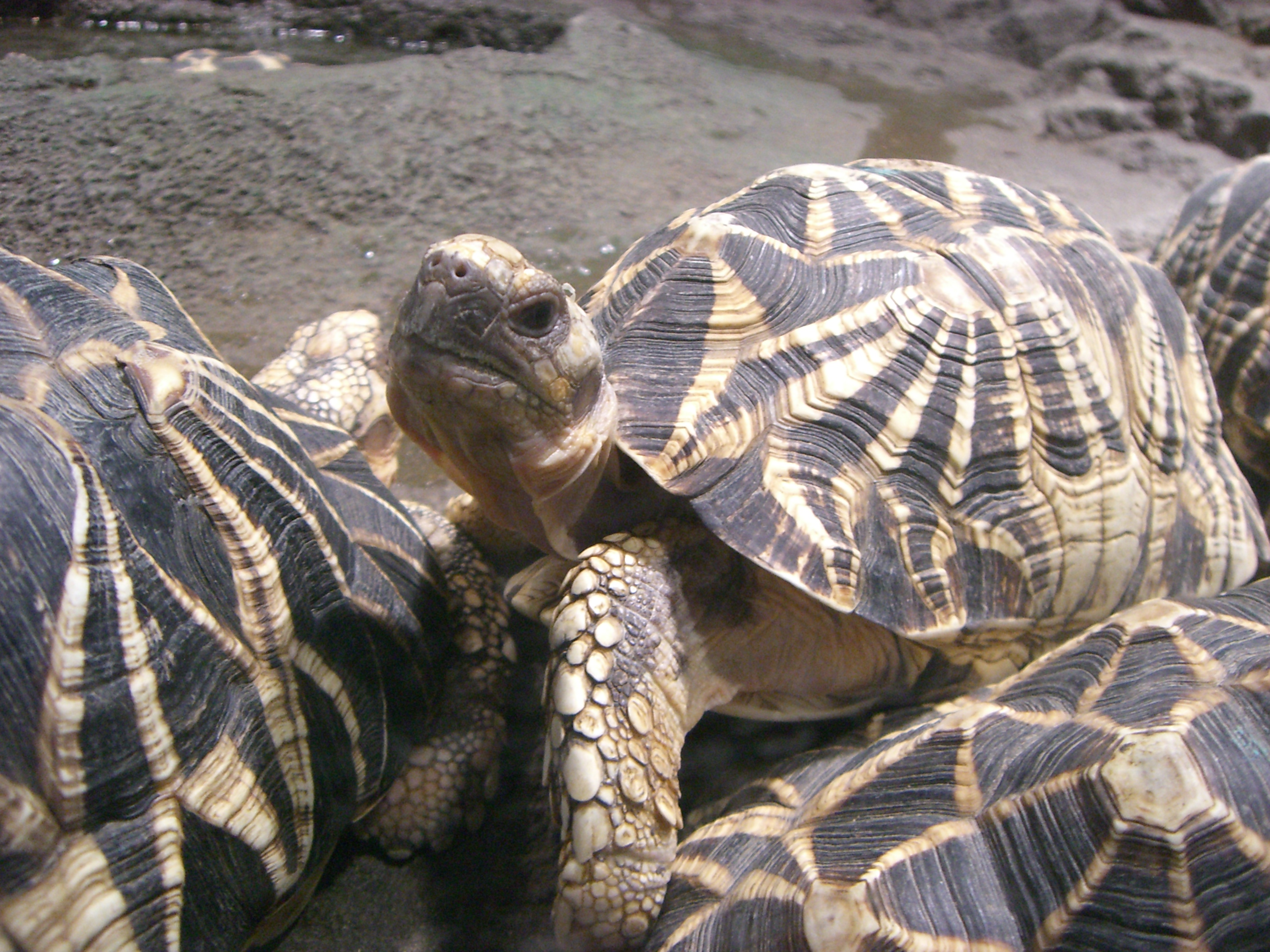 This is done by establishing captive colonies and practicing husbandry to develop numbers of viable offspring with the intent of releasing them back into their natural habitat and range. Conservation workers have established assurance colonies for a range of species which are often functionally extinct in the wild (meaning their numbers are so low because of disease, habitat loss, commercial collection, or other pressures that there are no longer enough breeding adults to assure the species’ continued survival without intervention). Currently, the Association of Zoos and Aquariums cooperatively manages around 500 Species Survival Plan Programs which maintain captive populations of endangered species at member institutions worldwide. Global assurance efforts have included species such as Panamanian Golden Frogs, Big-headed Turtles, Burmese Roofed Tortoises, Asian Giant Tortoises, and Golden Mantella Frogs, as well as bison, wolves, and condors.

One impressive example of these efforts is the cooperative venture of the Myanmar Ministry of Environment, the Wildlife Conservation Society, and the Turtle Survival Alliance to save the critically endangered Burmese Starred Tortoise. Featured in Herpetological Review 48(3), this program established three captive breeding colonies consisting of around 175 individuals in 2004. Their colonies now number about 14,000 and produce over 2000 hatchlings a year, with over 1000 animals having already been released into the wild (known as repatriation). Their original stock was mostly seized from smugglers, which is fitting since poaching to satisfy the food and pet markets (coupled with habitat loss) caused this species’ decline. The problem is ongoing, as hundreds of repatriated tortoises have already been stolen, and joint efforts between law enforcement and the community are hard-pressed to keep up. Nonetheless, this highly successful program now has the freedom to try various tactics such as burying clutches in suitable habitats and other innovative attempts to securely reestablish wild populations.

“A Primer on Reptiles & Amphibians” looks like an outstanding educational product. I can tell from my first look that Micha has done an excellent job of covering a variety of herp topics everyone wonders about." —Dr. J. Whitfield "Whit" Gibbons, Professor Emeritus of Ecology, University of Georgia

Assurance and repatriation efforts must have many facets working in sync to be successful. Plan administrators must take great pains to ensure the genetic viability of the colony. The facilities often must be carefully guarded against poaching. Suitable habitat must be identified which can support the species and which is reasonably protected against development and intentional harvesting. Released animals must be monitored to evaluate the success of the program. Reliable funding must be available to sustain the program. The list goes on. We are unable to identify when we may be able to begin repatriation efforts for some species, such as amphibians vulnerable to viral and fungal infections that persist in the environment, but at least we are preserving the hope that these species may once again be seen in their natural habitats.

Hopefully, humans will someday develop a more harmonious relationship with the environment and reduce the need for such efforts! 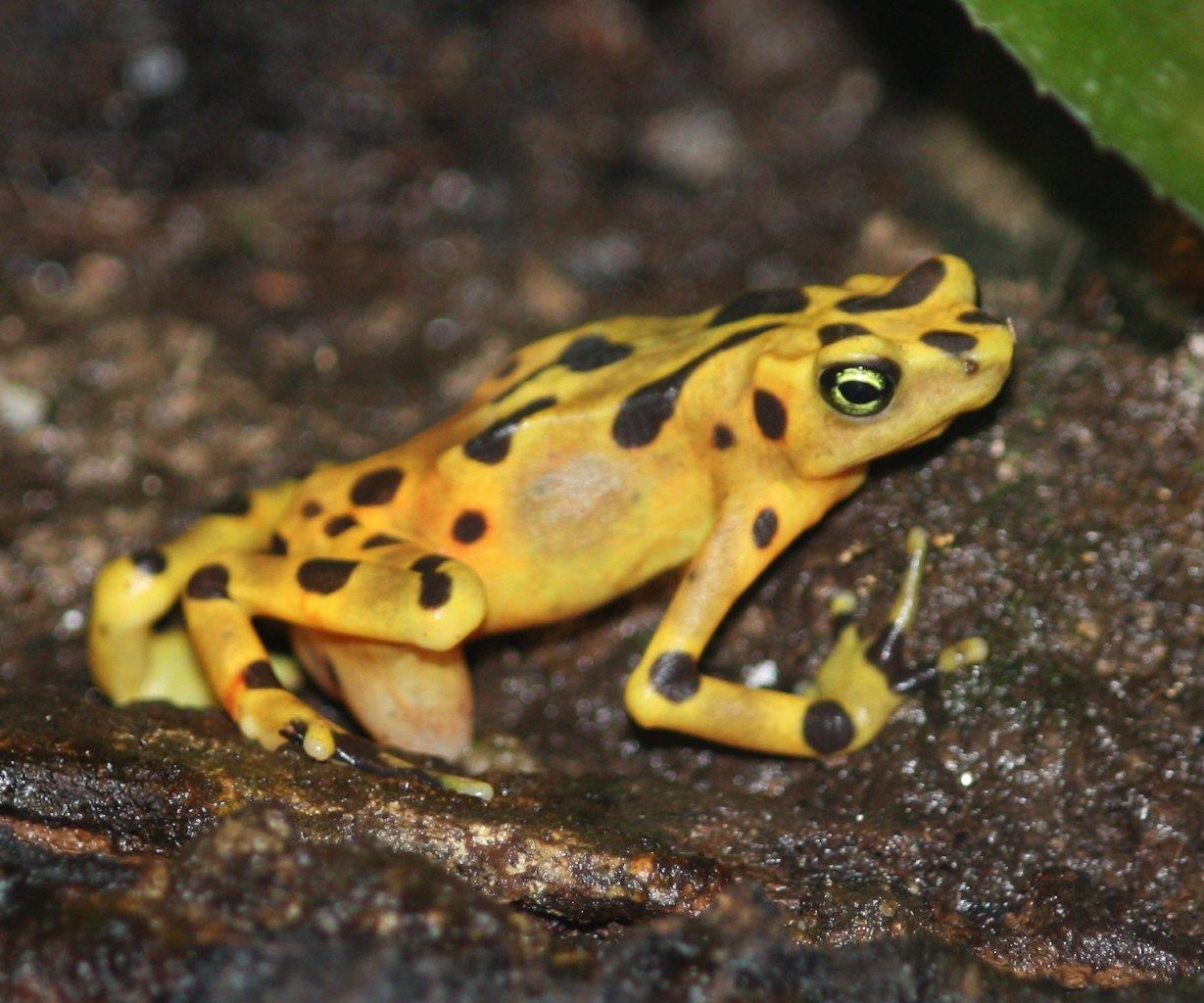 Panamanian Golden Frog photo by Ltshears CC BY-SA 3.0
Assurance colonies are one of the ways concerned people and organizations have been working to preserve endangered species. Though laborious and costly, these programs have already shown promise.
Assurance Colonies
December 22, 2018
Buy a whole book full of lessons like this here!
Blog Main Page
Check out our FREE book!