It may be tempting to scoff at people who still believe some of these myths. However, we are all ignorant until taught. To learn more, visit these Facebook groups: 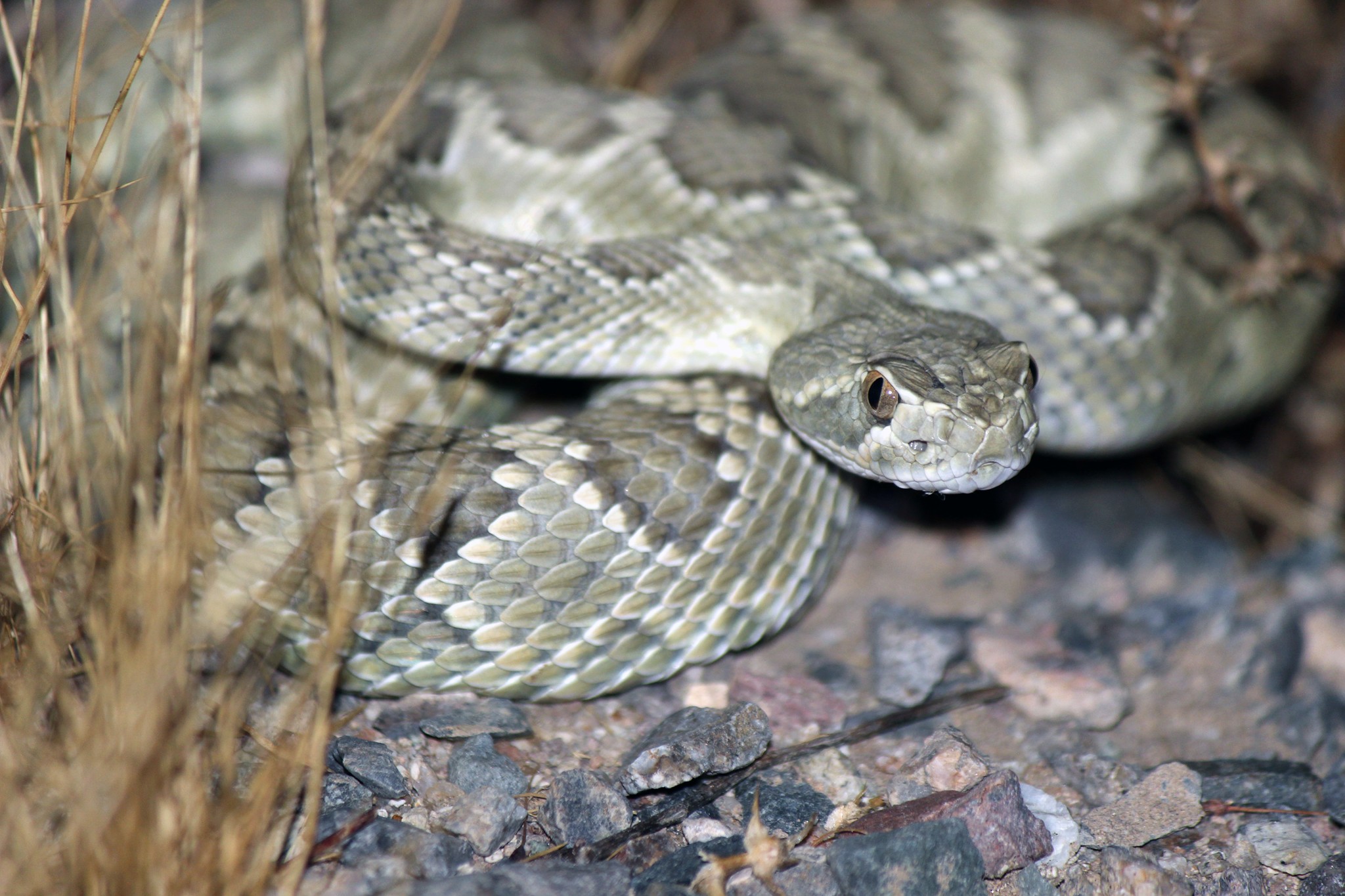 What can I buy to keep snakes out of my yard?
Nothing. Products that purport themselves as snake repellents do not keep snakes away, and most of them are harmful to the environment, wildlife, and your family. L.E.A.R.N. has a bulletin about ecologically reducing snake sightings if that is your desire.

How do I keep snakes out of my home?
To keep snakes and other wildlife out of any building, you must physically preclude entry. This means sealing gaps and cracks in your foundation, siding, utility entrances, etc. Consult a local home repair contractor for assistance, if needed.

Are all snakes poisonous?
No. Only about one in five of the world’s snake species are venomous (a more correct term regarding vipers and elapids). Regional percentages may fluctuate from this percentage, but most snakes you might encounter are harmless. All snakes—even venomous snakes—are beneficial and integral members of the ecosystem and should be treated with respect.

Are there any snakes that are poisonous (instead of venomous)?
Yes, there are a few species of snakes, such as the Tiger Keelback in Asia, that sequester toxins from their prey and cause ill effects in predators that try to consume them.

Do rattlesnakes gain a rattle each year?
A rattlesnake adds a segment to their rattle each time it sheds its skin. Snakes shed multiple times per year, with the frequency being relative to age and growth rate. Older snakes typically have incomplete rattles, having lost portions in the course of life in the wild. You cannot accurately determine age by rattles; however, you can tell how many times the animal has shed if you see a complete rattle that still contains the original button at the tip.

Can venomous snakes crossbreed with non-venomous ones?
No. While there are snake species that are closely related enough to hybridize, venomous and harmless snakes are not that closely related. All reports regarding any venomous-harmless crossbreeds are unfounded.

Have you checked out our award-winning book about reptiles and amphibians?  It is suitable for all ages and experience levels. Each page is a different lesson, and it is full of beautiful color photographs.

Check out the reviews and more info on the landing page or buy a copy in our store.

All proceeds go to support animal rescue and wildlife rehabilitation! 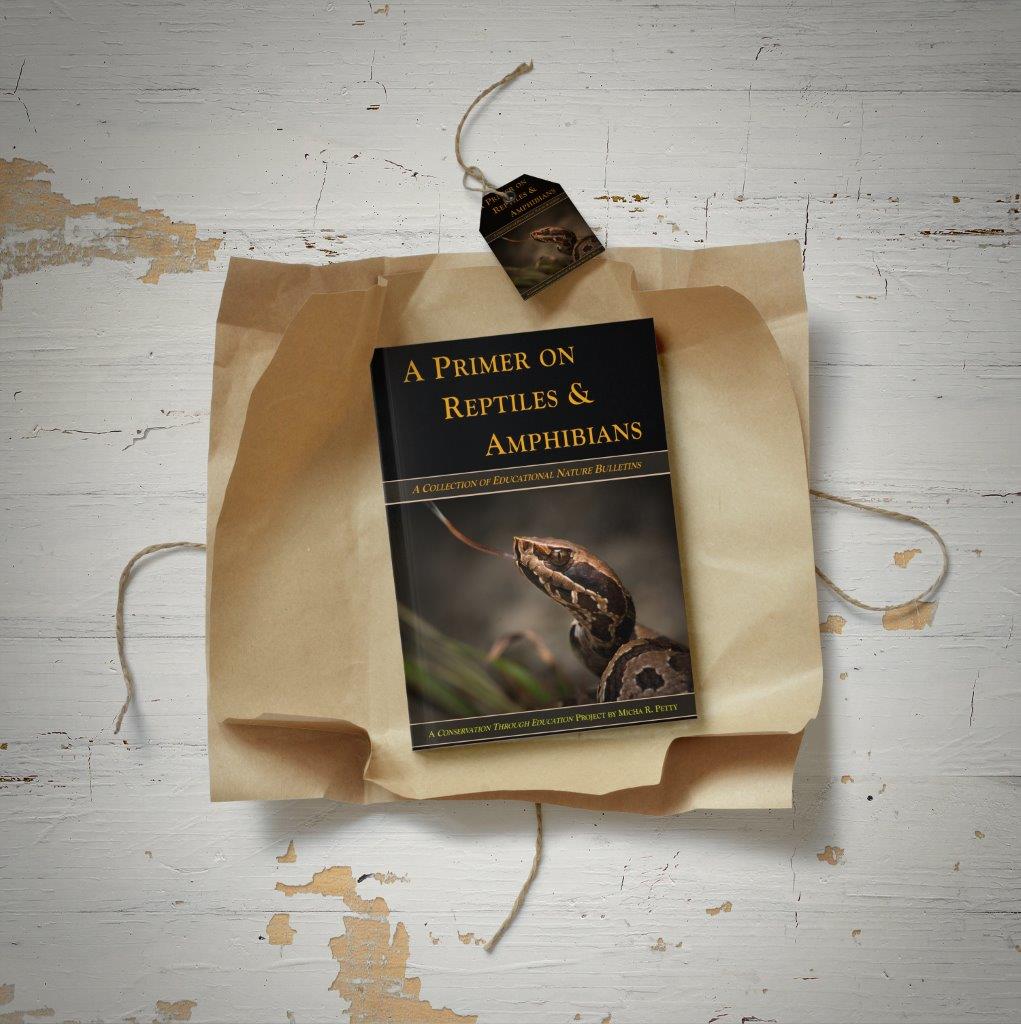 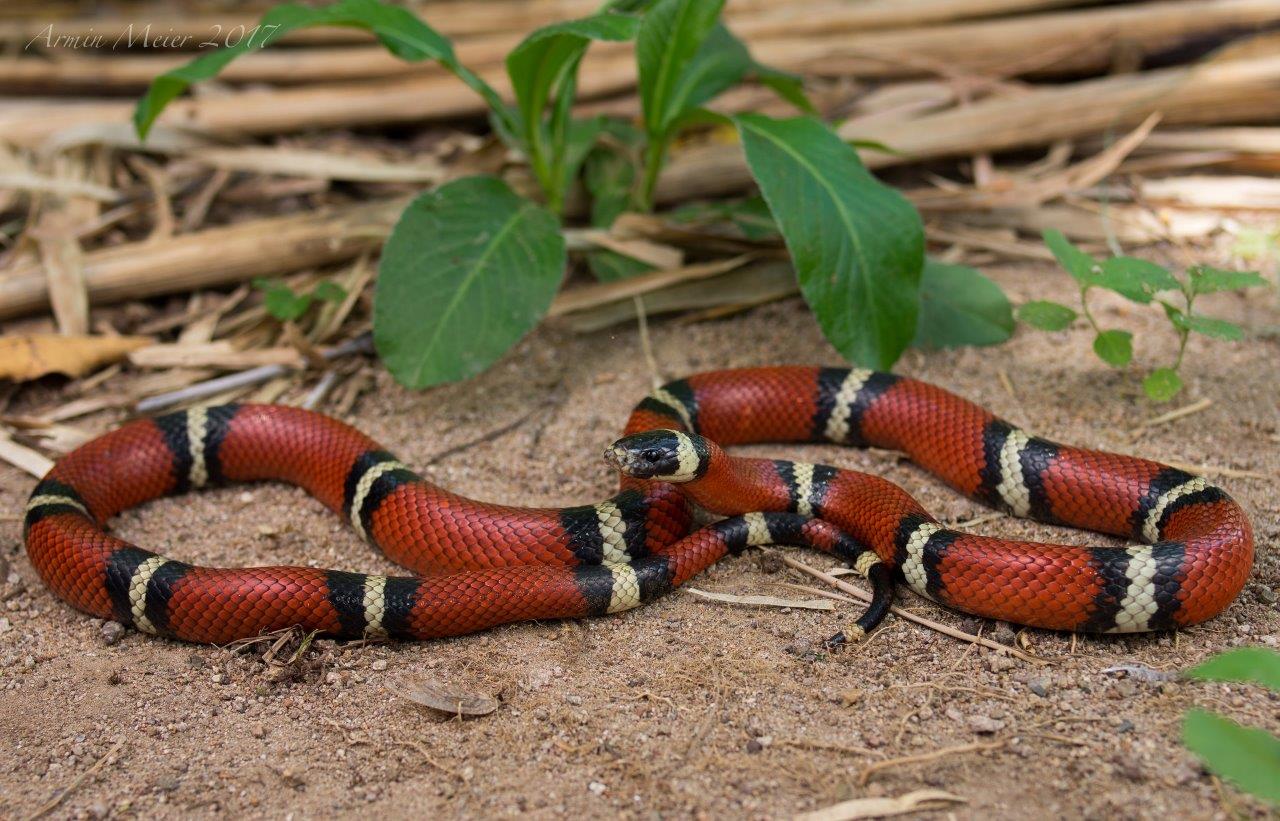 What are “glass snakes?”
This misnomer refers to legless lizards. One recognizable difference is that these lizards have eyelids, whereas snakes do not. The description of “glass snake” or “glass lizard” refers to these lizards being able to autotomize (drop) their tails when threatened. The tail continues to wriggle, which makes both halves seem alive. In the past, people may have witnessed this and possibly noticed that the tail was gone the next day (often consumed by another predator). When the lizard was again seen with a regrown tail, this evolved into the belief that the animal could “put itself back together.”

Do snakes chase humans?
No. Snakes do not view humans as prey items and prefer escape over a potentially dangerous encounter. However, a snake may approach a person that it does not perceive as a threat. It may also flee in a human’s direction if the human happens to be between the animal and what it views as safety. If made to feel cornered, many snakes will defend themselves, as will most animals. Snakes may also bite out of surprise if stepped on or approached suddenly; for this reason, it is important always to be aware of your surroundings, so as not to place your hands or feet on or near a snake unwittingly.

Do milksnakes really drink milk?
No. Milksnakes are a type of kingsnake. They eat small vertebrates, such as mice, lizards and other snakes. They got their name from being seen around barns smelling and searching for small animals, but some people thought they were there to get milk. They are not the only snakes that people might see near barns, but their unique coloration makes them memorable. This belief became widespread, and they still retain the name milksnake to this day.

If I see a baby snake or snake eggs, is the mom nearby?
Probably not. While some snakes give live birth, and it is possible to stumble upon them during that time, snakes are secretive, and this event is rarely witnessed. Most young snakes do not receive parental care like birds or mammals and disperse soon after being born. For most egg-laying species, the mother deposits the eggs and then leaves them to hatch many weeks later. Many people do not realize that several harmless small snake species grow to less than a foot in length as adults. Many “baby snake” sightings are people seeing adults of these small species.

Do Cottonmouths wait in trees for boats to drop into?
No. Cottonmouths rarely climb trees, so any snake sighted in a tree near water will almost always be a watersnake or other harmless animal. Although snakes may fall into boats, this is not something they do intentionally. Many wild animals respond to large animals that they view as potential predators by remaining still in the hopes of going unnoticed. In the case of a snake on an overhanging branch, a snake that accidentally falls into a boat would be trying to slip into the water, having decided that you are approaching too close for comfort. The animal is attempting to escape, not attack.

Isn’t the only “good” snake a dead snake?
Absolutely not! All snakes—including venomous snakes—are beneficial members of the ecosystem. Without these key predators, we would soon be overrun with the animals upon which they prey. For example, many snakes eat mice and rats. These rodents, which are often non-native animals, are substantial culprits in agricultural destruction and are a leading cause of house fires as they chew on electrical wire insulation. If you encounter a snake in your yard, the best thing to do is leave it alone and thank it for performing a free, eco-friendly pest control service. 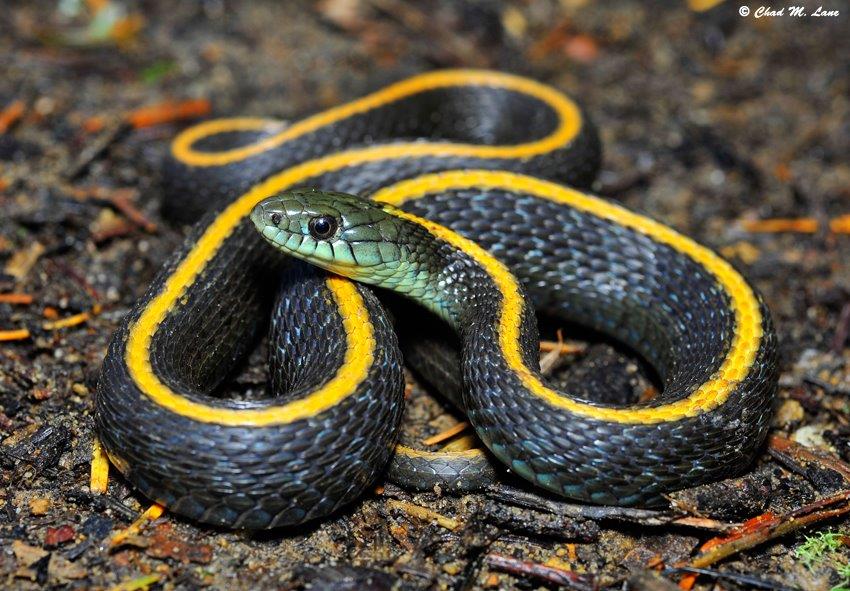 Shouldn’t I at least kill venomous snakes?
Again, no. Not only are venomous snakes highly evolved and fascinating, beneficial animals, but a great many bites occur as a person is trying to kill or harm a snake. Attempting to kill a snake puts you in more danger, as almost any animal will attempt to defend itself if threatened. The best response to a snake you cannot identify as harmless is simply to take three steps back and walk away.

If I get bitten by a snake, should I attempt to suck out the venom?
No. This and other techniques such as applying a tourniquet have been refuted by medical toxicologists for quite some time now. However, since this information is still written down in so many books, many people still believe it to be true.

What about electricity? I was told that “shocking” the poison would neutralize it. Is this true? Heavens no. If a venomous snake has bitten you, please proceed quickly and calmly to an emergency room. Please do not stop to shock yourself. (However, if you do, please upload the video to YouTube as soon as you are well!)

Do snakes hypnotize their prey?
No. As snakes lack eyelids, they may appear to exhibit a piercing and prolonged stare. Animals that freeze at the sight of a snake would be doing so out of fear and the hope of going unnoticed.

Aren’t dangerous snakes the ones with the “triangular heads?”
Again, yes and no (but mostly no). While venomous snakes do have venom glands towards the rear of their head, which can give the heads of some snake species a somewhat triangular appearance, this is an extremely unreliable indicator of whether a snake is dangerous. All snakes can flare their head or neck out to appear more menacing if they need to ward off a predator. Some harmless snakes, such as Hog-nosed Snakes, are known for doing this to a dramatic and almost comical degree. Most snake species are harmless, and most identifications based on head shape are in error.

“A Primer on Reptiles & Amphibians” looks like an outstanding educational product. I can tell from my first look that Micha has done an excellent job of covering a variety of herp topics everyone wonders about."

Visit the landing page or buy a copy in our store.

All proceeds help the critters!! 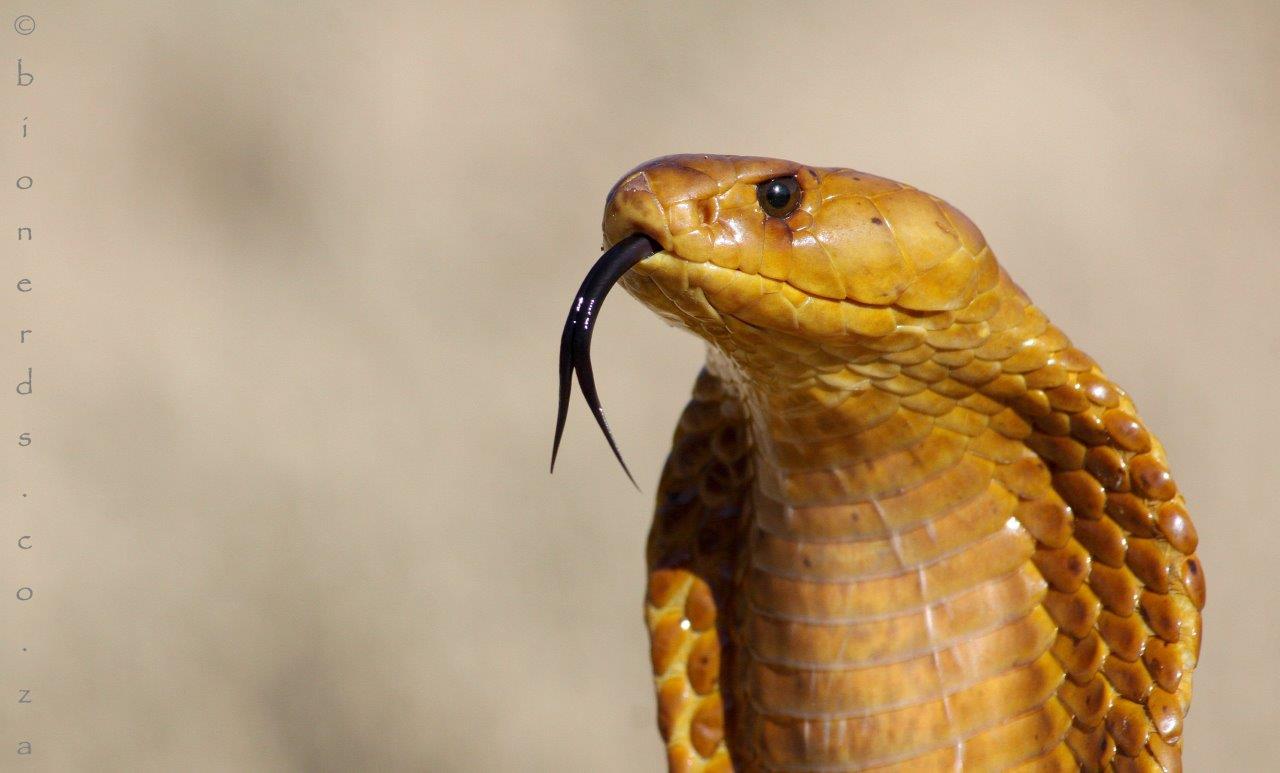 I heard a snake rattle its tail at me, but I didn’t see rattles on the snake. Was it a rattlesnake?
Probably not. Many snake species, such as kingsnakes and ratsnakes, will rapidly vibrate their tails to communicate agitation. Like head flaring, this is an attempt to seem more menacing than they really are. While it is possible that you might see a rattlesnake that has lost its rattles, it is almost certainly a harmless snake merely trying to ward you off.

Do snakes whip people with their tails?
No. Snakes defend themselves by fleeing, hiding, ‘musking’ (excreting a foul-smelling substance from their vent), playing dead in some cases, flailing, and (usually if all else fails) biting. While many large lizard species will use their tail in defense, snakes do not. Coachwhip Snakes got their name from their coloration and scale pattern appearing whip-like.

What about “hoop snakes?”
Stories about snakes that bite their own tail and then roll away or down a hill in a hoop shape are entirely mythical. Snakes do move about in many different ways, but this is not one of them.

Can’t some snakes sting you with their tails?
No. Stories like this probably originated with animals such as mudsnakes. Mudsnakes prey on salamanders, which happen to be slippery. They have a sharp, pointed tail, which probably facilitates them holding or positioning their prey. No snake species has any sort of “stinger” on its tail.

Do snakes spit?
While some African and Asian species can project venom as a defensive mechanism, no American species are able to do so.

If I see a snake in my yard, shouldn’t I call someone to remove it?
No. Snakes are a sign of a healthy ecosystem, and if one is hanging around it is likely performing a valuable service by consuming species that people consider pests, such as rats or slugs. Removing a snake from its home area will only result in three likely outcomes—the snake may die before it reestablishes itself in unfamiliar territory, the animals it was keeping in check will have a spike in population, and another snake will discover the abundance of prey and move in to take its place. Learning to live with and appreciate wildlife is the goal we should set for ourselves and our families. Most snakes are harmless, but if you do encounter a venomous snake, attempting to move or kill it actually increases your chance of being bitten, as almost any animal will defend itself when threatened. Please simply let the animal be.

Aren't baby venomous snakes more dangerous than adults?
No. Young snakes produce essentially the same venom as adults, but in smaller quantities. The amount of venom delivered—not the age of the snake—determines the severity of a bite. 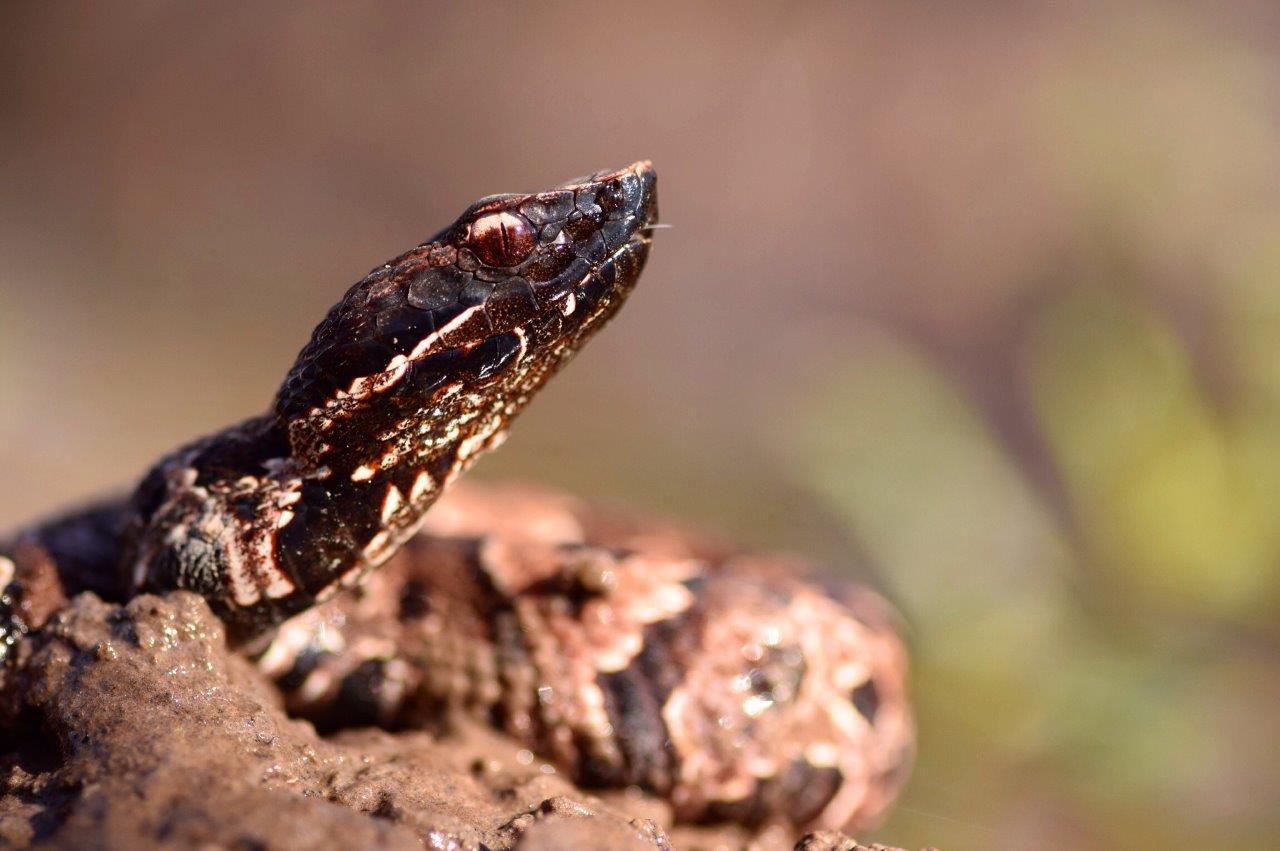 Northern Cottonmouth photo by Justin Sokol
In this age of information, it may seem absurd that some of these myths still abound. However, these and other myths are still quite prevalent in many areas. This is one of the reasons why Conservation Through Education is so important.
Some content adapted by permission from the LA WLF Snake FAQs.
Check out our FREE book!