Caution—this bulletin is a little franker than our others.
It would be wonderful if this bulletin went without saying. Unfortunately, many people are so obtuse that they view people as disposable and animals even more so. 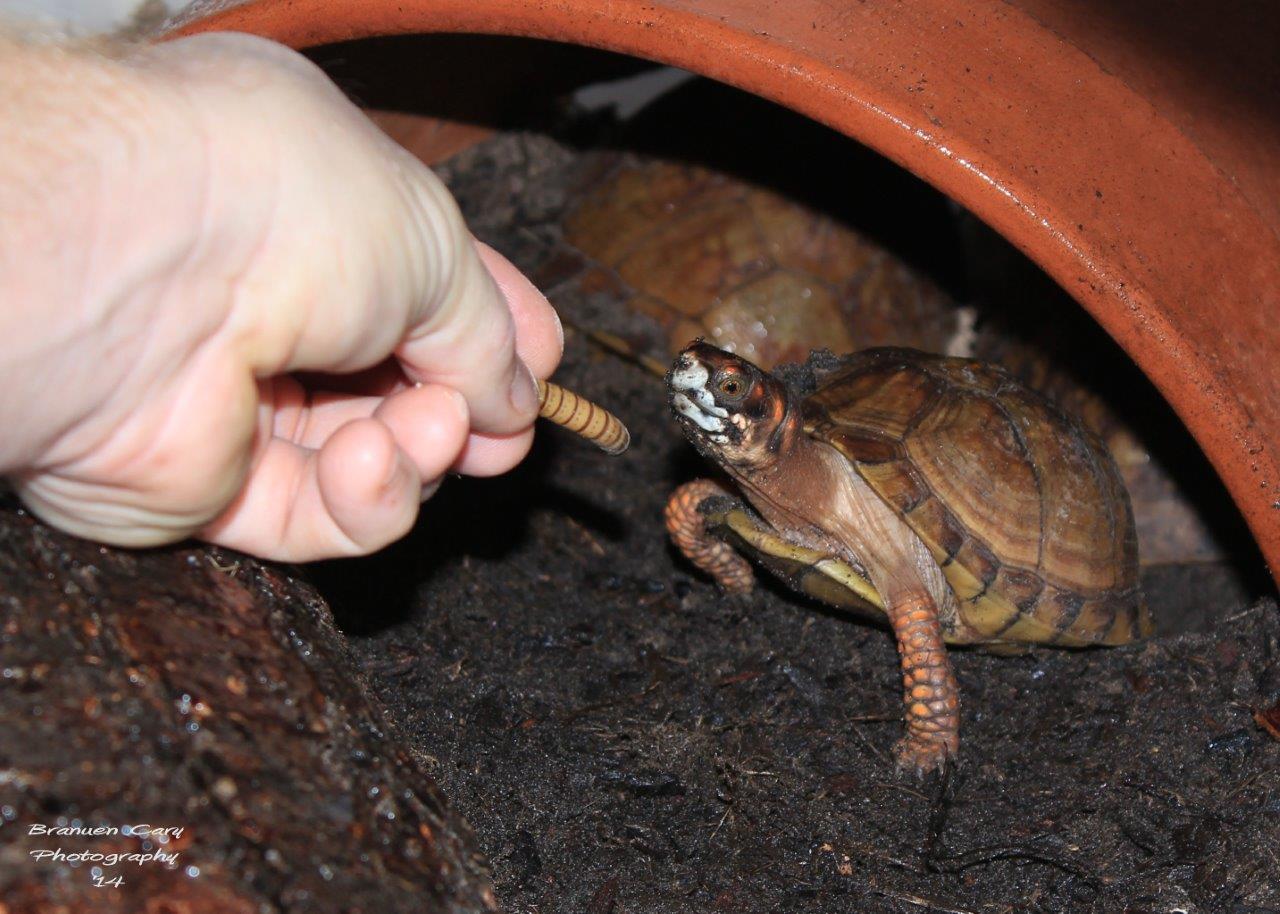 Three-toed Box Turtle photo by Branuen Cary
Sometimes people bring animals to L.E.A.R.N. for understandable reasons, such as family members being concerned about their owning a 10’ Boa Constrictor now that they have a newborn baby in the house. Sure, they could have kept the animal and the baby safe, but the concern is understandable. Often, elderly owners surrender pets they have had for decades because their own health is becoming a concern. That is much better than times when an owner passes with ten birds still in the house.
Sadly, these types of surrenders are not the norm. More often, people are just tired of cleaning their turtle’s tank or their kid (who should never have been the primary caretaker of the animal in the first place) is not taking care of their pet. Don’t take this to mean we would rather they keep it; we would rather try to find a better home for the animal than have it languish, of course. We just wish people would BE better homes in the first place.
Believe it or not, some people actually think, “I only spent $29.99 on that iguana, I’m certainly not going to spend $100 taking it to the vet. I’ll just buy another one.” I think many feeling people would be hard-pressed not to raise their voice at an owner like this, but they are everywhere. We have had people bring us animals that they had owned for years without even knowing what species it was. How anyone can not take the time to so much as research what kind of animal they have puts one at a loss for words. This bulletin could be filled with stories like this.
What is arguably worse are the people who bring wildlife home and just let it die. Sure, taking one Green Anole out of the yard or one Red-eared Slider home may not (for common species like those) have any more environmental impact than if a bird had eaten them, but if you are going to do that—do your research and buy the proper equipment. Do not make it live in a jar because it was “a free pet.”
Possibly one missing piece of the puzzle is understanding that these are living, breathing, feeling animals. Reptiles are not plastic toys that can be lost or discarded, whether they are pets or encountered in the wild. Appallingly, it has happened more than once that we have been called about animals that were intentionally abused, and we have certainly taken in plenty that have been neglected.
If you are not entirely sure you can commit to everything an animal needs for the rest of its life, do not get a pet. If you have already done so, do not just turn the animal loose, even if it did come from the wild. Also, do not wait until the animal is about to expire before bringing it to a rescue. Bring the animal to a vet or, if you cannot manage that, surrender it to a rescue or find a better home before it is too late to be saved. Even if you don’t believe the animal has feelings, the people at the rescue are saddened when they spare no effort or expense in a last-ditch attempt to rehabilitate a severely neglected animal only to have it be in vain.
In short, if you are going to neglect something, please make sure it is an inanimate object or a task and not a living creature.

Cornsnake photo by Armin Meier
L.E.A.R.N. does not advocate for a ban on pet ownership, as that would cause them to be hidden away and receive worse care. What is needed is education.

Share this blog with others, especially those with children. It is not too late to raise the next generation to be responsible stewards of their pets and ecosystem!
We’re Not Disposable!
November 21, 2018
Buy a whole book full of lessons like this here!
Blog Main Page
Check out our FREE book!