The Fallacy of a Laissez-faire Approach

Sometimes even well-educated people say some pretty dumb things. Comedians, politicians, and rogue biologists have been known to put forth the idea that, since extinction is a natural occurrence, we should not concern ourselves with species disappearing across the globe. While laissez-faire (letting things take their own course without interference) might improve most public policies, it is reckless to view biodiversity in such a manner. 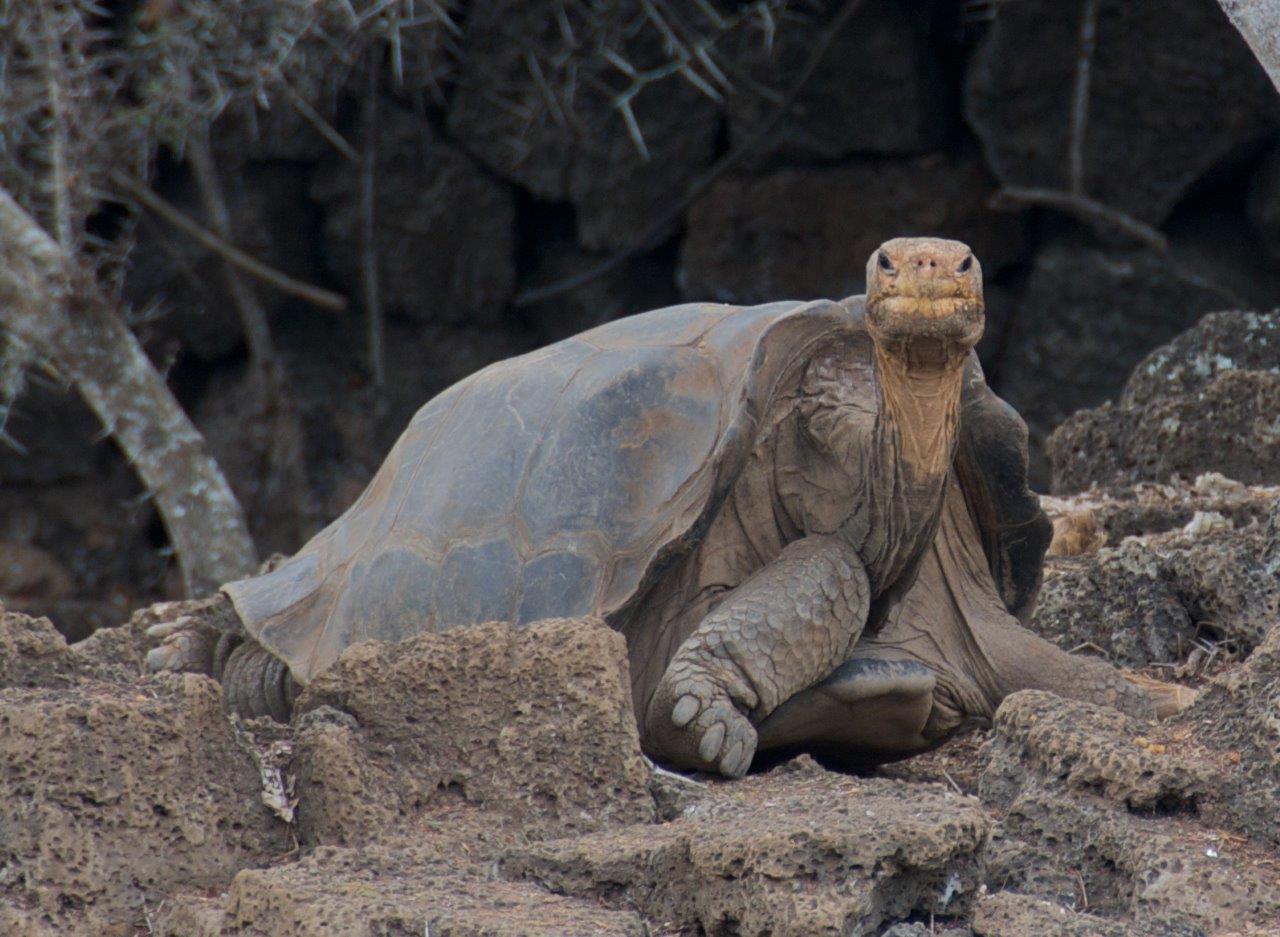 The argument from the “don’t worry about it” camp often goes something like this: “Extinctions happen. Species have been disappearing since the beginning of life on Earth. When one species disappears, another will fill the void. Besides, humans are essentially a part of nature anyway, so all the destruction we cause is ‘natural.’ Considering all this, we may as well just focus on what makes our own lives better.” The egotistical nature of such a stance may seem self-apparent, but the fact that this idea gets floated (whether through naivety or for personal gain) over mass media warrants a moment’s rebuttal.

Let’s consider these statements. Yes, it is no secret that species appear and disappear over time, regardless of whether we cause it or even know about it. Most of us can probably agree, however, that there is an ethical difference between the naturally dynamic ebb and flow of biodiversity on Earth and the proximate effects of humans laying waste to the ecosystem. Our degrading and destroying habitat to suit our own short-sighted agendas can scarcely be described as “nature taking its own course” by any reasonable person.

Granted, it is also true that nature continually works to gain equilibrium despite our wholesale destruction and meddling—if we don’t keep the cracks sealed, dandelions soon shoot up from our sidewalks. However, a complex ecosystem does not just rebound overnight. When we push plant and animal species out of existence, it is reasonable to feel some guilt about that.

"I hope it gets, because it deserves, wide attention. It is a must-read for anyone, child or adult, interested in or just curious about herps or nature." —Dr. Brian Crother, Professor of Biological Sciences, Southeastern Louisiana University

Let us use the example of Lonesome George as a learning tool for a moment. George was considered the last surviving Pinta Island Tortoise until he passed away in 2012. He became “lonesome” because sailors made a habit of stopping off at the Galapagos and doing two things. First, they would leave a few goats behind to breed, multiply and serve as a food source for future voyages. Over time, the goats did just that and ended up out-competing the native tortoises for food, as well as stripping the island bare of the vegetation they used for shade. Second, once the sailors learned that tortoises could live for weeks without food or water, they quickly began filling their holds with these animals to provide fresh meat at sea. As you might imagine, it did not take long at all before the tortoises were in grave peril. Conservation workers managed to intervene in time to save some of these remarkable creatures, but sadly, Lonesome George was the sole survivor of his kind. For over four decades researchers sought him a mate, but with his passing the Pinta Island Tortoises were apparently gone. What human with a conscience would seriously put forth that decimating these fascinating creatures was worth a few seamen’s preference for fresh meat instead of salted fare?

Yes, humans are native to this planet, and the message that we are part of the environment is one that naturalists have been trying to foster for generations. Yes, the destruction we cause could technically be construed as natural. It does not follow, however, that our wanton attitudes are justified. Recognizing and preserving the richness of our natural heritage should weigh so heavily in our decision-making processes that it would not even occur to us to trade an entire species for ephemeral gain. 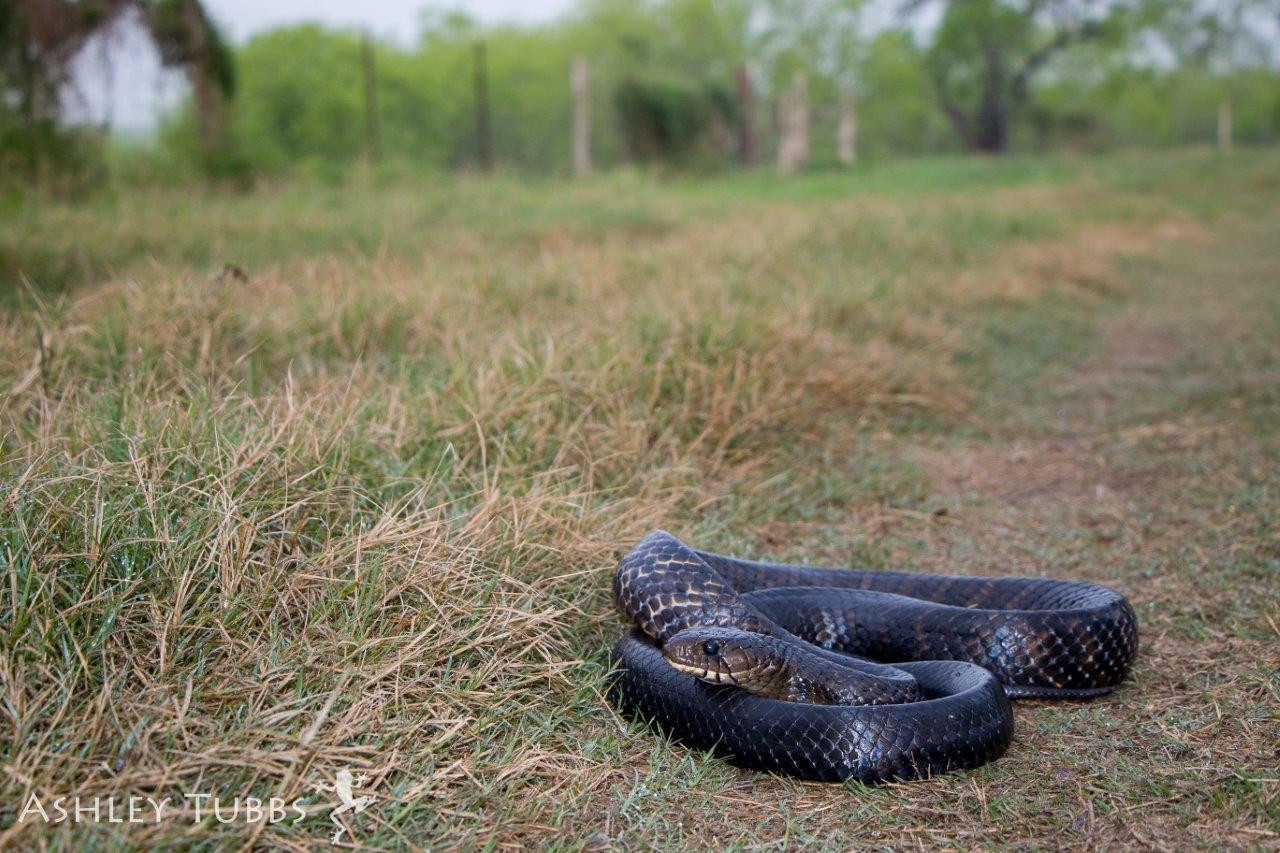 Texas Indigo Snake photo by Ashley Tubbs
Those who justify apathy toward the environment often conveniently overlook the fact that most modern pressures on wildlife are anthropogenic (of our own creation). For us to be cavalier about destroying habitat and polluting the environment is the epitome of egocentrism and can hardly be called moral.
The Fallacy of a Laissez-faire Approach
December 17, 2018
Buy a whole book full of lessons like this here!
Blog Main Page
Check out our FREE book!